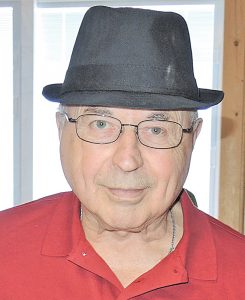 Gary was born on February 27, 1945, in Menomonie, Wisconsin; the son of Herman and Anna (Burmeister) Luepke. He attended Sunny Slope in Glenwood City prior to graduating from Glenwood City High School. He was married to Kathy Ives, to which sons Wayne, Scott, Tim, and Bryan were born. This union would later dissolve. Gary began a long and rewarding career at Andersen Windows in 1967. He quickly became an irreplaceable machine mechanic who could troubleshoot most any issues brought to him. Even after he retired, he was still brought in when others were puzzled with mechanical problems. He retired as a member of the Andersen’s Quarter Century Club. In 1987, he would marry the love of his life, Gertrude Sack. Their extended families lived in the River Falls area for many years. During this time, they owned and operated the El Paso Bar and with Gary’s outgoing personality, they thoroughly enjoyed taking care of their patrons. If you knew Gary, you were aware of his love of music. Gary loved to grab his guitar and play around the campfire or head to local taverns to play some of the old country classics. He played for beer and never accepted money. Gary also took pleasure in woodworking as he was a gifted carpenter and built their Danbury home. In addition, he loved to tinker, create, and invent. He built his own 1903 Oldsmobile replica from scratch and finished it even while battling Parkinson’s Disease.

A public celebration of Gary’s life will be from 3 p.m. to 5 p.m., Friday, May 28th at the O’Connell Family Funeral Home, 1010 Newton Street in Baldwin. A private family only service will be held prior. Burial will be in the Greenwood Cemetery in River Falls with active Casket bearers being Wayne Luepke, Tim Luepke, Bryan Luepke, Barbara Luepke, Austin Rutledge, Cindy Kotval with Honorary casket bearers being Jim Fosse, Paul Hendricks, Tom Shemon, and Jim Luepke. Funeral services entrusted to the O’Connell Family Funeral Homes.