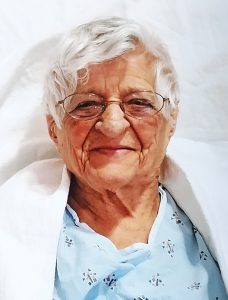 After graduation Esther married Glen Johnson. To this union Rodney, Susan, and Steven were born.

They later divorced, Esther met and married Leo Kegan. To this union Leland, Leonard, and Genvieve were born.

After Leo passed away she met and married Tom Heifner.

She is further survived by many nieces, nephews other relatives and friends.

Family and friends may meet at the Anderson Funeral Home in Glenwood City, WI on Saturday April 10, 2021 from 11:00 a.m. to 1:00 p.m. With interment services at Mound Cemetery Downing, WI to follow.

Anderson Funeral Home is assisting the family with arrangements.  www.andersonfuneralhomegcwi.com