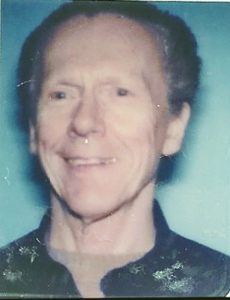 David R. Kalla, age 91, formerly of Minneapolis, MN passed away on Friday, April 2, 2021, at The Parkview Nursing Home in Woodville, WI. As a resident for the past five years.

David worked as a machine operator over the years in Minneapolis and was a lifelong resident there, before coming to stay at Parkview Home.

He was an avid Elvis Presley and Frank Sinatra fan. He also enjoyed renting a cabin along Lake Superior where the family spent many vacations.

David is preceded in death by his parents and son John.

Family interment will be held at the Greenwood Cemetery in Emerald, WI.

Anderson Funeral Home is assisting the family with arrangements. www.andersonfuneralhomegcwi.com