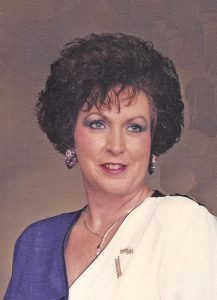 Jeanette A. Link (Williams), age 79, of Boyceville, WI. Heard the trumpets sound to call her home on the tenth of March at 2:27 a.m., at American Lutheran Nursing Home with her daughters at her side. She took her last breath here in this world, but her countenance changed as she entered her heavenly home; and this, we know for the Bible tells us so. It rained a gentle peaceful rain after her passing, God and creation shedding tears, weeping to honor her passing and bring comfort to the soul.

Jeanette was born November 25, 1941, in Milwaukee, WI. to Herbert and Alice Williams (Crosby). She married her husband James Arthur Link while he was home on leave from the military on December 27 of 1961. They started their married life in Germany and when they returned started a family.

She lived and sought an adventurous life with many travels, she traveled to Spain, Morocco, Hawaii, Alaska, Amsterdam, Florida, Missouri and many other states across the United States. In her later years, every Fall included a hunting, fishing and camping trip to the Montana and Idaho mountains. (Just give her 40 acres and she’ll turn that rig around) she longed to return for one last adventure but her progressing Parkinson’s and Lewy Bodies dementia prevented this. She role-modeled a fearless zest for life’s journey. Embracing all obstacles just like her travel adventures, learning from and embracing the lessons along the way. Her make up, clothing and accessories were her artwork, always wanting to be sure her eyebrows and her lipstick were on. Black, red, blonde, orange, pink, purple or blue it did not matter the color of hair, she rocked them all. With her jewelry, sunglasses, hats and nails she was always styling. As much as she adorned herself on the outside it did not compare with the beauty of her soul inside.  She was full of grace unless she needed to get you by the short hair. She put on kindness, she clothed herself in wisdom and she walked in love. She judged slow and loved quick.

Her Savior was her greatest accessory and treasure of all.  She walked with Him and she talked with Him and she knew that she was His own. Grace was her keeper, faith her teacher, together they were her guide in how she counseled you. Her giving heart always cared for you, giving second (third and fourth) chances. She exemplified love, had intense passion for making her voice heard and sought after her Cinderella story. Family always mattered and everyone was family. Jeanette most definitely skidded in sideways with her body thoroughly used up, totally worn-out and screaming “whoo-hoo, what a ride!”. She never passed up an opportunity to go on an adventure and we hear her now encouraging us all to do the same.

She was preceded in death by a sister, Gloria, brother, Butch, daughter, Glenda Klint and her parents Herbert and Alice Williams.

A private viewing was held for immediate family. A Celebration of Life service will be held July 10, 2021, in conjunction with her daughter Glenda’s at the New Life Church of the Nazarene in Wheeler, Wisconsin. Mark your calendar, find your big hats and sunglasses and come help us remember and celebrate their lives. Updates at andersonfuneralhomegcwi.com