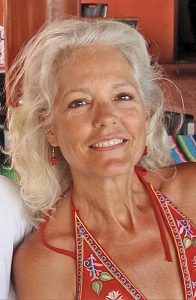 Wendy Kay (Manlove) Gregerson passed away peacefully at her home in Amery, Wisconsin, at the age of 67. Her loving husband, Rich Gregerson, at her side after a long valiant struggle with cancer.

She was born to Donald and Donna (Wombill) Manlove on July 18, 1953, in St. Paul, Minnesota. She was the youngest of three kids, next in line are her two brothers, Wayne and then Jeff. She attended school in the Mounds View District until moving to Hudson, Wisconsin, for her last two years of high school and graduating with the Class of 1971. Her parents owned what is now the Hudson Ford Dealership when she was growing up. In later years that was sold and her family purchased the Amery Ford Dealership, where her mom and brothers work until their retirement.

She and Rich had a beautiful marriage of 24 years. They resided in New Richmond for many years while traveling with the band Rich directed for many years. You would often see them arm in arm towards the front of the band. In 2010 they both retired from the New Richmond School District where Wendy worked in the library for many years. After retirement, they spent their summers at their home in Amery, Wisconsin, on the Apple River and the winters in Mazatlan, Mexico where she enjoyed many ocean sunsets from the roof of their condo and lunches in the sand. Wendy loved her walks on the Malecon, collecting shells, painting, paddle boarding, volunteering, listening to Rich play his trumpet at church, dressing up for the Mexican holidays, and spending time with friends.

She was blessed with three children, Christa, Luke, and David, along with two step-children Amber and Avril. She loved spending time with her grandkids and family. Her biggest joy was babysitting her grandchildren in the months they were back in Wisconsin and having them travel to her favorite place, her Maztatlan home!

A memorial visitation will be held on Saturday, February 13, 2021, from 9:00 a.m. to 12:00 p.m. at Bakken-Young Funeral & Cremation Services (728 S Knowles Ave.) in New Richmond. Guests are asked to wear masks and practice physical distancing. A private family memorial service will be held at 1:00 p.m. and will be live streamed via a link found at the bottom of the obituary page. A private interment will be held at a later date in the Baldwin Cemetery.

In lieu of flowers, please consider a monetary donation to Wendy’s favorite charities. Arrangements are with Bakken-Young Funeral & Cremation Services.