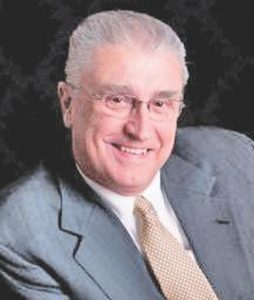 Jerry Marvin Johnson, 76, of Chetek, Wisconsin, died of COVID on Sunday, December 13, 2020, at Mayo-Luther Hospital in Eau Claire, Wisconsin with his children Jarrod and Melody at his side.

Jerry was born in Barron, Wisconsin the oldest son of John (Tony) and Lorraine Johnson.  He attended public schools in Denver, Iowa and in Kaukauna, Fall Creek, and Colfax, Wisconsin, graduating from Colfax High School in 1963. He was united in marriage with Patricia Berg on October 2, 1965 at St. Paul’s Lutheran Church in Bloomer, Wisconsin. The couple lived in the Twin Cities in Minnesota where Jerry began his career working his way up to VP of Operations at Big Wheel Auto Parts. After 20 years with Big Wheel Jerry proceeded to hold executive positions at large global corporations and eventually retiring from VP of Operations at Dichtomatik in 2006. Even in retirement Jerry continued to be active with his Executive Coaching and Consulting Business, The R Principle. Jerry was also active as a basketball coach leading his son’s AAU team for many years.

After spending additional time in the Twin Cities, Jerry moved to Tennessee to be closer to his grandchildren. There he reunited, through Colfax classmates, with his high school girlfriend who he hadn’t seen in 50 years, Sandy Johnson Shun. Sandy, a widow, had also moved to Tennessee to be closer to her grandchildren. The couple were married in December, 2013, and lived in Spring Hill, Tennessee. They returned to Wisconsin and settled in Chetek in 2018.

Throughout Jerry’s life he was active in his church. He served as President of Faith Lutheran Church, Coon Rapids, MN as well as participated on many boards and committees at his church in TN and proceeded to lead a men’s Bible study at New Scandinavia Lutheran Church, of rural Dallas, WI. He was actively involved in the lives of his children, grandchildren, nieces, nephews and deeply loved all he considered family.

Jerry was passionate about many things in life. He was an avid fisherman and loved sharing this activity with his children and grandchildren. Jerry was also passionate about sports, specifically major league baseball (Brewers fan all his life) and college basketball. His love for basketball led him to coach his son’s AAU teams for many years while in Minnesota.  He was often compared to Pat Riley and relished living up to this persona. Jerry was also fond of doing just about anything if it meant spending time with family. Whether it was touring a fashion exhibition with his daughter Melody or watching his grandkids in horse cutting competitions he was there as it meant spending quality time with the ones he loved. Jerry also never met a burger he didn’t like and found many diners and cafes along the way where great meals were had and great memories were made.

Interment will be in the summer. Memorials may be sent to New Scandinavia Lutheran Church, 657 17½ Street, Hillsdale, Wisconsin 54733.