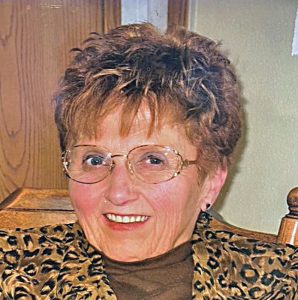 Frances Mary Hinzman, age 80, passed peacefully to be with her Precious Lord and Savior on December 30, 2020, at Dove Healthcare in Rice Lake, WI.

She was the third of seven children born to Edwin and Lorna (Letts) Kindschy on April 15, 1940, in the Town of Naples, Mondovi, WI. They lived in many places and she graduated from Colfax High School in 1958. She worked in Minneapolis until she married Jonas Peterson in 1960. They lived at Ft. Riley, Kansas and Ft. Richardson, Alaska. Upon returning to Ft. Riley, they adopted daughter Michelle before Jonas was sent to Vietnam. They divorced after almost 25 years together and she earned her Certified Nursing Assistant Certificate. She married Norman Hinzman and spent 17 years loving her farming life. They later divorced and she worked in home health care and as a volunteer driver for many years.

Fran enjoyed gardening, canning, and touring garden shops with her Aunt Marilyn. She made countless doilies and afghans and loved puzzles and crafts. She loved animals, tending to the birds, and fishing. She was an avid old-time music fan and enjoyed many dances with her sister Darlene.

A celebration of Fran’s life will be held at a later date when the weather warms, the song birds return, and the flowers bloom.  Her cremated remains will be buried in the Hay River Cemetery.