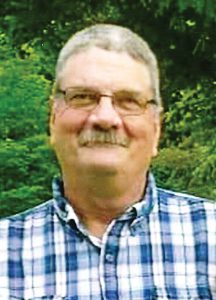 Donald Edwin Kittelson, age 55 of Clayton, WI, passed away on December 17, 2020, at Regions Hospital in St. Paul, MN after a long battle with complications from Covid-19.

Don was born on February 9, 1965, at home during a blizzard to Harold Kittelson and Mary (Christensen) Hughes. He was the oldest of three children. Don grew up and attended school in Clayton, WI. He was active on the football and basketball teams. Don married Jenny Gordon on August 13, 1994. Shortly after, he adopted both of Jenny’s daughters and was honored to be their dad. A couple of years later a son was born into the family. Many of Don’s childrens’ friends thought of Don as a second dad.

As a child, Don wanted to grow up to be a firefighter and drive garbage truck and for the most part those dreams came true. He was an active member of the Clayton Volunteer Fire Department for 34 years, and at the time of his death he was proudly serving as Chief. Don took much joy in sharing his knowledge with the next generation of firefighters and never passed up an opportunity to show a child around a fire truck. Don also hauled milk for Miller Transfer of Roberts, WI after many years of driving truck over the road.

In more recent years, Don’s favorite way to spend his time was playing with and spoiling his grandchildren.

Don was preceded in death by his grandparents Harold and Loretta Kittelson and Stanley and Elma Christensen. A Celebration of Life will be Saturday, January 2, 2021, from 11:00 a.m. to 3:00 p.m. at the Clayton Fire Hall. There will be a fire truck procession and “Final Page” ceremony at 3:00 p.m. at the hall. All neighboring and visiting fire departments that wish to participate in the procession should stage at the Clayton School parking lot at 2:30 p.m. Tents will be set up to accommodate people and help with social distancing. We do ask that everyone in attendance please observe these guidelines and also please wear a mask.

To sign an online guestbook and view a video tribute please visit www.williamsonwhite.com Arrangements were made with the Williamson – White Funeral Home and Cremation Services in Amery, WI