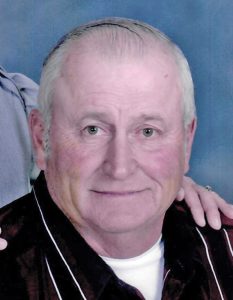 Vernon J. Schindler, age 78, passed away Tuesday, December 15, 2020, at his home. He was born June 27, 1942, in the Town of Howard, Chippewa County WI to Herman and Ludwina (Bohl) Schindler. He married Mary Zwiefelhofer on April 11, 1964, at Notre Dame Catholic Church in Chippewa Falls. Vernon worked as a dairy farmer on the family farm and also was a seed corn dealer for Funks G. He served on the Chippewa Fire District Board, representing the Town of Howard. He was chairman of the Town of Howard for 50 years, taking over the position from his father. He also served on the Chippewa County Board and was on both the Bloomer and Colfax Farmer’s Union Board. In his free time he enjoyed fishing, playing cards (especially Sheepshead), sharing stories and visiting with people. He especially loved his family and spending time with them was always a priority.

He was preceded in death by his parents: Herman and Ludwina Schindler; brothers: Donald and Gerald Schindler.

A public visitation will be held on Saturday, December 19, 2020, from 10:00 a.m. until 12:00 Noon at the Olson Funeral Home in Bloomer followed by a private funeral service at 12:30 p.m. Please practice social distancing and CDC Guidelines. The service will be live streamed on the Olson Funeral Home Facebook Page. Online condolences may be expressed at olsonfuneralhomebloomer.com