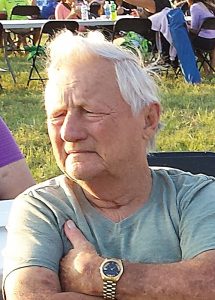 He was a well-liked, hard working man with jobs including farming, hauling milk, factory, and owned his own car body repair shop. He enjoyed camping and fishing.

He was preceded in death by his daughter, Cathy, grandson Chad, and granddaughter Katie.

Due to Covid a service will be held at a later date.