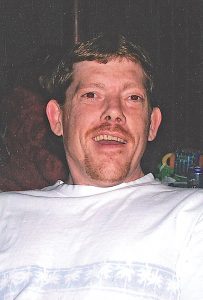 Chris D. Herdahl, age 52, of Boyceville, WI passed away Monday, September 28, 2020, at his home on hospice care after a four year battle of liver disease and pancreatitis.

He was born September 14, 1968, in Menomonie, WI, to John Herdahl, Sr. and Betty (Erno). He spent a majority of his life in the Boyceville/Menomonie area, but also spent about 12 years of his young adult life living in Texas with his family.

Chris enjoyed fishing, camping, watching the Cowboys play, spending time with friends, family and his dogs Spice, Luna and Sadie. Chris was kind hearted and hard working. He often had a good joke to tell that would always make everyone around him smile.

He was preceded in death by his parents John Sr., and Betty; his grandmother Grace Tuveng, father-in-law Elmer Behrens and a few other relatives and friends.

A Celebration of Chris’s Life will be announced later by family.

Olson Funeral Home in Menomonie is assisting the family.