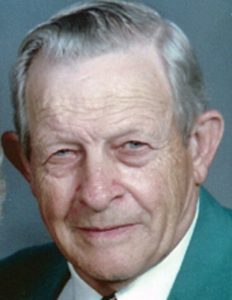 Julius W. Aebly, 88, formerly of Dunnellon, Florida and Long Beach, New York, and was presently residing at his son’s house in Salisbury, Maryland, passed away on Monday, August 24, 2020, at Coastal Hospice at the Lake.

He was born on November 23, 1931 to Julius F. and Amelia Anna, Chevrier Aebly in Springfield Township, Wisconsin. Julius served in the United States Army – 82nd Airborne Division during the Korean War and was Honorably Discharged in 1953. He graduated from Sea Cliff High School on Long Island in 1954.

He worked at Western Electric later known as AT&T from which he retired. His most memorable achievement was graduating Control Data Computer Training School in June of 1970. He later retired and moved to Dunnellon, Florida.

He enjoyed many summers at his home in Northville, New York, annual family reunions in Wisconsin, bowling and playing dominos. He was a member of the Long Beach Catholic Church while in New York and St. John the Baptist Church in Dunnellon, Florida.

He is survived by five children, Mary Kay and her husband Scott of Ossining, New York, Julius and his wife Beth of Buffalo, New York, Kenneth and his wife Christine of Salisbury, Maryland, Joseph and his wife Linda of Island Park, New York, and Frank and his partner Zoë LeBlanc of Kelseyville, California, nine grandchildren Julius (“Trey”), Jillian, Collin, Meagan, Ryan, Leah, Joseph, John and AnnaMarie. He is also survived by nine (9) siblings George and his wife Joann, Annette Russell, Larry (Lawrence) and his wife Gloria, Bernie (Bernard) and his wife Natalie, Rita Haupt, David Aebly, Harold and his wife Geri, Thomas Aebly, Mark and his wife Barbara, and by numerous nieces and nephews. He will be sorely missed by many.

Julius is preceded in death by his wife Rosemary Aebly, his parents, his siblings Mike Aebly, Paul Aebly, Irene and her husband Michael Anderson and his sister Mary Birch.

Service were held on Saturday, September 5, 2020, at Holloway Funeral Home, Salisbury, Maryland. Interment will be at a later date at Bushnell Florida National Cemetery where he will be joined with his wife Rosemary.