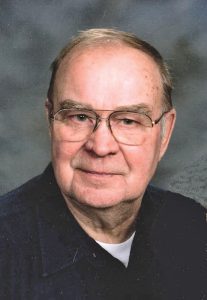 Dale Fredrick Bliese passed away peacefully at home on April 5, 2020 surrounded by his loving wife Betty and family.

He was born on July 31, 1936 in Forest Township, St. Croix County, WI and was baptized and confirmed at Immanuel Lutheran Church of Forest. Dale attended a small country grade school and graduated from Clear Lake High School, after which he joined the United States Marines. Dale worked as a boilermaker and was a gifted and talented man. He is missed very much.

A private outdoor family funeral with Military Honors was held for Dale at the West Immanuel Lutheran Church in Osceola, WI on Saturday, September 12, 2020 due to COVID concerns.

To sign an online guest book and view a video tribute, visit www.williamsonwhite.com. Arrangements were made with the Williamson-White Funeral Home and Cremation Services of Amery.