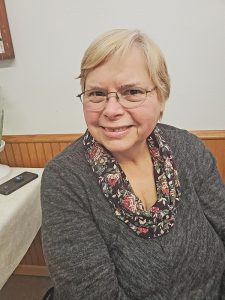 Patricia “Pat” Jean Davis, age 65, of Colfax, Wisconsin lost her battle with cancer on August 19, 2020 where she passed away peacefully in her home, surrounded by family.

Pat was born February 4, 1955 in Minneapolis, MN and was raised on a dairy farm in Otter Creek, WI. On that farm Pat learned to work hard and be tough, which she took great pride in. Pat graduated from Colfax High School. Pat made many friends though her life and was often referred to as one of the best friends they had, but none were friends with her as long as Rose Scharlau and Cheryl Polonec.

Pat and Kevin enjoyed many adventures going to auctions, taking their dobermans on long rides, going out for dinner, riding motorcycles, gardening and going to the Minnesota State Fair almost every year. Together they were active members of the Norton Lutheran Church, where Pat would serve at funerals and fundraisers.

Pat lived, worked and enjoyed the Colfax community for most of her life. She loved going to the Colfax Fair to boogie to the live bands and to the Fireman’s Ball for some serious candy grabbing competition and street dance. Pat knew how to have fun and make new friends, and she was that lady that would strike up a conversation with any stranger and make children smile.  Pat’s heart was genuine, and anyone around her could feel that. Pat loved her role in the community, not nearly as much as she loved her role as Grandma Pat. Her Granddaughter, Amelia wanted people to know that she was the “best grandma and they loved making cookies and rice crispy bars together.”

Pat is now with the Lord, as her faith in God was very strong. Even near death she would say, “It will be okay, I know I am going home.” Once again she is reunited with her family and good friends who she is most likely dancing to some “Rockin Robin” and catching up on days gone by. She will truly be missed by all those whose hearts she touched.

Funeral Services will be held September 12, 2020 at the Norton Colfax Rural Lutheran Parish. Visitation beginning at 3:00pm followed by an outdoor service at 4:00pm. In order to adhere to State mandates, Masks are required indoors and when social distancing recommendations cannot be met.