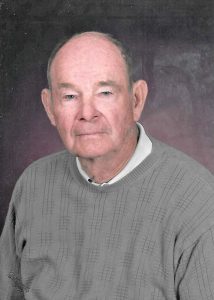 From 1955 to 1988, he practiced Veterinary Med in Glenwood City. During his veterinary career, Doc invented the cow lift. In 1975, he was president of the Wisconsin Veterinary Association.  He was the Mayor of Glenwood City for 12 years. Leonard was a member of Holy Cross Lutheran Church and the American Legion in Wilson, WI. From 1945 to 1947, he served as an MP in the Army of Occupation, stationed in Germany.

Leonard had 160 acres of forest that he loved sustainably managing through thinning, logging and replanting trees. With the logs harvested, 3 cabins were built. Doc’s greatest passion was woodworking – especially making furniture. He was an avid golfer and enjoyed golfing in Pahrump, Nevada. Leonard cherished spending time with his family.

The celebration of life previously scheduled for Sunday, August 30 has been canceled.

Cremation Society of Wisconsin, Altoona is assisting the family. Online condolences may be expressed at www.cremationsociety-wi.com.