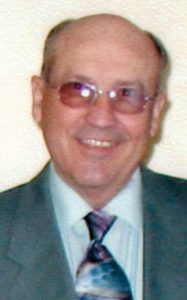 Donald T. Blanchard age 78 of Colfax, passed away on Wednesday July 8, 2020 at Clark County Rehab & Living in Owen, Wisconsin after a long battle with dementia.

Don was born July 23, 1941 in New Orleans, LA.  He was the son of Arthur and Marguerite (Landry).  After graduating from DeLa Salle High School he joined the U.S. Marine Corps and served from 1959 to 1963.  After the Marine Corps Don was employed by the U.S. Postal Service for 31 years.  He went from letter carrier and clerk to Supervisor and then onto management.  When he retired from the USPS, he worked part time at Ken McDonald’s Golf Course, in Tempe, AZ, and then at Whitetail Golf Course in Colfax.  He loved golfing and bowling.

He is preceded in death by his parents, four sisters, Joyce, Jan, Grace and Rita and one brother Earl.

Memorial services will be at 2:30 PM Tuesday July 14, 2020 at St. Joseph Catholic Church in Menomonie with Rev. John Mano officiating.  Burial will be in the church cemetery with Military Honors provided by the Menomonie Veterans Honor Guard.

Online condolences may be made at www.rhielfuneralhome.com.