On July 7, 2020 at 11:42 PM a Wisconsin State Trooper attempted to stop a vehicle westbound on I-94 near Mile Post 56 for traveling 111 MPH. The vehicle did not stop for the Trooper and a pursuit was initiated. The vehicle continued westbound on I-94 operating in a reckless manner with speeds nearing 120 MPH. The pursuit was called-off by the State Patrol as the vehicle neared a one-lane construction zone in Dunn County.

A short time later near Mile Post 19 westbound in St. Croix County, another law enforcement agency had contact with the same vehicle, which resulted in another pursuit. Tire deflation devices were successfully deployed and the pursued vehicle came to a stop at Mile Post 8.

Five individuals were removed from the vehicle and the driver was arrested by the Wisconsin State Patrol. A subsequent search of the vehicle resulted in the discovery of narcotics and other contraband. 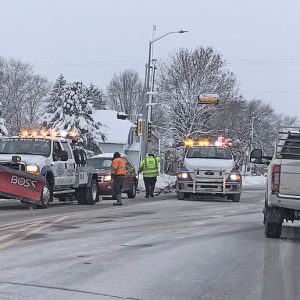