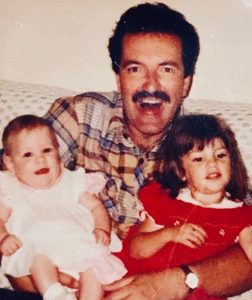 Joe was born on December 31, 1955, in New Richmond, Wisconsin, and was raised predominantly in Glenwood City. Joe graduated from Glenwood City High School in 1974. He followed with a two-year business degree from the Minnesota School of Business. Joe then returned to Glenwood City where he took over the family business, Gordon Salvage & Steel, which he ran successfully for nearly two decades. During this time, Joe spent a period serving the community as a member of the City Council. He had two daughters with his former wife Linda (nee Olson), whom he was married to between 1982 and 1992.

Joe was known for his loyalty, humor, and generosity. He enjoyed spending time with his daughters, going on vacations to tropical locales, attending concerts, and dining out at area restaurants. Joe’s positive attitude, in spite of much adversity including a life-altering stroke in the mid-1990s, was extremely inspiring to everyone he met. He loved to laugh, and his smile was truly infectious.

A funeral is scheduled for 1:00 o’clock in the afternoon on Tuesday, July 7th at Saint John the Baptist Church with burial directly to follow. Two hours of visitation will occur directly before the service. Father John Long will officiate the ceremony. In lieu of flowers, please send donations to the Courage Center of Stillwater, where Joe spent many Tuesdays swimming in the pool, an activity he truly cherished.