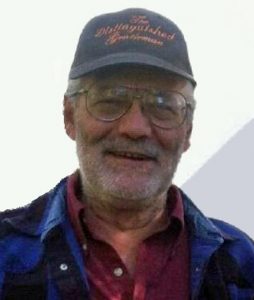 Gary J. Parent, age 70, of Emerald, WI, passed away unexpectedly the morning of Monday, June 29, 2020.  Gary was born October 25, 1949 in Osceola, WI to the parents of Harold and Elizabeth Parent.  He attended New Richmond High School after which he joined the Navy.  Even though he was a cook in the Navy he would rather come for dinner and take home the leftovers.  While in the Navy he married Nancy and they were blessed with three children. After the Navy Gary returned home to Wisconsin and soon started farming.  After about 15 years of this he decided it was time for a new career and went to work for the Town of Troy.  He enjoyed going to work each and everyday taking different routes so he could still check on how the crops were growing in the area.   He loved shopping at the “Troy Mall” looking for treasures or something he thought someone else could use.  Gary loved to spend his spare time at his second home at the DN (Do Nothin) Campground in Balsam Lake, WI.  He was there nearly every weekend from when the water was turned on in the spring to shutting it up for the winter.  Helping with what ever was needed from cleaning up after a storm to fixing broken water lines.

Gary will be remembered for his generous heart and kind spirit by not only his family but also the many friends and family he has made during all his journeys. He was always willing to lend a hand to everyone he met.