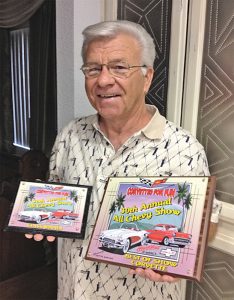 Michael (Mick) Lowell Mickelson passed away peacefully at God’s Destiny Board and Care in Adelanto, California on May 21, 2020. Mick was born November 30, 1946 to Clifford and Rosella (Grimsrud) Mickelson at Eau Claire, Wisconsin.

He attended Norton Elementary School, a one room school in rural Colfax, Wisconsin. He graduated from Colfax High School in 1965 where he enjoyed participating in track, football and wrestling.  He then attended Eau Claire Technical and Vocational School graduating with a two year degree in 1967.  He received an Associate of Arts in Aircraft Design from Victor Valley College in Victorville, California, in 1973.

Mick entered into the U S Air Force in 1967 where he received his training at Lackland Air Force Base in San Antonio, Texas, training in aircraft maintenance.  After being transferred to George Air Force Base in Victorville, California, he received further training on the F-4 fighter jet. He worked servicing and maintaining the commander’s F-4 on the flight line until his honorable discharge in 1971. He  was a lifetime member of the Colfax American Legion Post 131.

On March 9, 1968, he married Penelope (Penny) Karen Swenson at Norton Lutheran Church in Colfax, Wisconsin. From this marriage one son was born, Anthony Lowell, on April 21, 1977.

Mick started working at Lockheed Aircraft in 1972 where he worked in the Skunk Works at various top secret sites on stealth aircraft such as the F 117 Nighthawk, U2 and SR 71 (Blackbird).  As his last  project he was a member of the X-35 Joint Strike Fighter team and was able to tour the US with the first model. His name and the names of his team members are on that plane which will go into the Smithsonian. It was a proper end to his Lockheed career and after 30 years he retired in 2002.

Not surprisingly, Mick’s post retirement years involved fast cars. If the truth were known he never met a car he didn’t like and would race anything on four wheels. His 2007 Corvette was the object of his pride and endless attention.  As a member of the Victor Valley Corvette Club he entered many shows in Southern California where he received mostly first place awards including a first place at the Concours in Huntington Beach, California.  Mick also was an avid gun collector and a member of the Apple Valley Gun Club where he enjoyed shooting trap.  With the rest of his free time he enjoyed traveling throughout the Southwest, Mexico, Hawaii and local areas like Palm Springs and the beach cities.

Survivors include his wife of 52 years, Penelope (Penny) and son, Anthony (Tony) of Long Beach, California. He is also survived by numerous cousins. He was preceded in death by his parents. Mick cared deeply for his family and spoke frequently of the wonderful times spent with them.

Thanks are given to the Charter High Desert Health Care Group for their continuous care and support during a difficult time. The nurses and support staff were a constant comfort.

Lastly, a heartfelt thank you to those friends and family who were supportive during Mick’s difficult illness. Thank you so much! A special thanks goes to David (Buck) Knutson, best friend since they were both four years old. Mick’s favorite pastime was to entertain anyone who would listen to his seemingly incredible stories of his years spent growing up with his friends and family in his hometown of Colfax.

A graveside service at the Norton Lutheran Church is pending at this time.