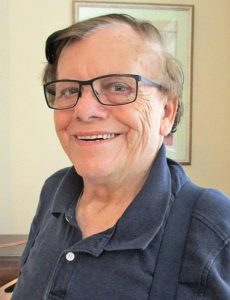 He lived on the family dairy farm and helped his father until May 1969.

Michael served as President of the Dominic Club in Eau Claire, WI.  There he met the love of his life, Barbara Jean Zahradka and they married in 1969. In 1969, he got a job at Kohler Company and he and Barbara Jean moved to Kohler.  They were married for 32 years and raised two daughters together.  She preceded him in death on June 23, 2001 and Michael retired from Kohler Company in 2003.

He was a member of St. John the Baptist Catholic Church in Plymouth where he sang in the Folk Choir.

He is also survived by many nieces, nephews, other relatives and friends.

Private funeral services for Michael are being held.  Fr. Philip Reifenberg of St. John the Baptist will officiate. Burial will be at Calvary Cemetery in Sheboygan. Due to the public health safety precautions, a celebration of Michael’s life will be determined at a future date.

In lieu of flowers, a memorial fund is being established in Michael’s name.

The Suchon Funeral Home and Cremation Services of Plymouth is assisting the family.  For online condolences, please visit www.suchonfh.com.

The family would like to send special thanks to Dr. Dharmesh Murthy and his staff at the Aurora Clinic in Plymouth.