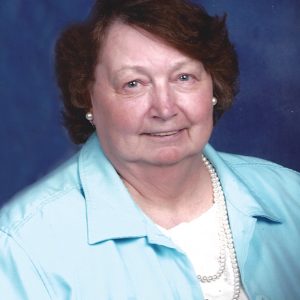 Arlene (Carlson) Hill was born March 18, 1947 to Edwin Carlson and Myrtle (Thorson) Carlson.  She attended the Ridgeview one room country school and then the new Glenwood City High School, graduating in 1965. She attended UW-Eau Claire for 3 years. On December 27, 1968, she married Douglas Hill and together they had 2 children.

Doug and Arlene spent 6 years in the Air Force and lived abroad, including Texas, Arkansas, and Taiwan before returning to Glenwood City. They farmed on the family farm for the next 35 years. After selling the cows in 1996, Arlene worked at various other jobs and retired from working as a cook at Glenhaven Nursing Home in Glenwood City.

Her grandchildren were her pride and joy. She spent many hours babysitting and playing with them. She was an avid reader, seamstress and enjoyed watching Hallmark TV. In her younger years, she took great pride in her gardens and yard, while on the farm. She was an active participant at church, including teaching Sunday School, attending Bible Study, Altar Guild and providing service whenever needed. The last 10 years, she and Doug enjoyed wintering in LaFaria, Texas.