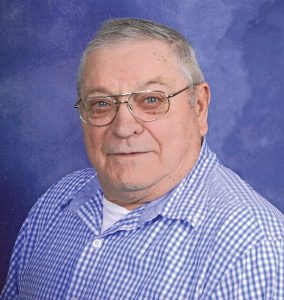 Marlyn was born to Ward and Mabel (Mittlestadt) Leach in Menomonie, WI, on November 3, 1936. Marlyn worked in many different jobs throughout his lifetime, some of which included making automobiles in Kenosha, WI, to farming, to cutting meats, painting houses, and his favorite, playing drums in a polka/country band. Marlyn married Marlene Johnson on April 20, 1956, in Menomonie, WI; together they had four children. Marlyn was a huge Packers and Brewers fan. He enjoyed his time with his children and grandchildren. He also enjoyed taking the annual fishing trip to Canada.

Marlyn’s family would like to thank Mayo Clinic Home Health and Hospice and Colfax Health and Rehab Center for their loving care.

A Memorial Service was held at 11 a.m. on Saturday, February 8, 2020, at Sampson Funeral Home, 1017 E. Railroad Ave, with Pastor Leslie Walck officiating. Visitation was held on Friday, February 7, 2020 from 5 p.m. to 7 p.m. at the funeral home and again one hour prior to the service on Saturday. Burial was held at a later date in Evergreen Cemetery, Colfax, WI.