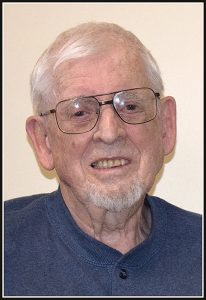 He graduated from Augsburg College in 1953 and received his Doctor of Dental Surgery (DDS) from the University of Minnesota School of Dentistry in 1958.  Later that year he married Janet “Jan” Kragness at the First Lutheran Church in Eau Claire, WI.  Shortly thereafter, he and Jan moved to Havre, where they resided for 59 years.  Dr. Petterson opened his dental practice in Havre on 3rd Street, later moving the office to 4th Street, where he remained in practice until he retired in 1996.

Survivors include his wife Janet of Rochester, MN, daughters Tanya (Scott) of Rochester, MN and Lisa (Ed) of Portland, OR, son Krag (Tracy) of Tualatin, OR, sister Linda Arpin of Denver, CO, four grandsons and one great-granddaughter.  He is preceded in death by his sisters Maxine and Billie Jo “BJ”, his parents, stepmother Trena, and his aunt Emma (Bill) Everson.

The Memorial Service for Dr. Petterson will be at 12:00 pm on Monday, December 30, 2019 at Zumbro Lutheran Church with Pastor Vern Christopherson officiating.  Burial will be in Highland Cemetery of Havre, MT at a later date.  Visitation will be held one hour prior to the service at the church.

Memorials are preferred to The Nature Conservancy.

Online condolences are welcome at www.mackenfuneralhome.com