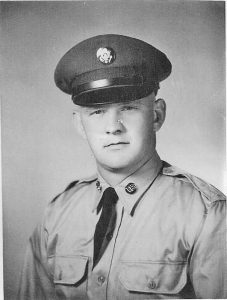 Charles Allan Dow (Touser), born September 5, 1942, passed away peacefully at home in rural Glenwood City, WI on Thursday, October 24, 2019. He was the owner of AWI Diversified Fabrication and Welding. Al was very well known as the artistic bench fabricator, having approximately 500 in the city of Stillwater, and many iron benches in towns and parks in the area, and beyond.

Al was married to Libby Jo Horton, in the early 60s, in Dahlonega, GA, wile serving his country in a Mountain Ranger Camp. Having been discharged honorably from the U.S. Army, they moved to Glenwood City, WI and had one son Charles Robert Dow Sr. in 1966 who still resides in Glenwood City with his fiancée Nancy Smith. His grandson, Charles Robert Dow Jr. and his fiancée Kellie Rademaker, live in Downing, WI; sisters Lois Dow Mertes resides in the Eau Claire area, Daniel Mertes, and wife Melanie (Fix) Mertes, Chanhassen, MN; Crystal A. Dow and friend Raymond Gjerdahl live in the Durand area. His Aunt Norma Wold, Baldwin; his Uncle Clarence Dow, Winona, MN; his Aunt and Uncle Herb and Shirley Dow, Boyceville, WI; and many cousins and acquaintances and great friends all around the area.

Al is preceded in death by his wife of 40 years, Libby Jo Horton Dow, who passed in 2005; one infant son Baby Dow; his parents Charles W. Dow and Mary L. Wold Dow; infant brother James Dow; his two brothers-in-law Ronnie Horton of Texas, Stanley Horton of Georgia, and James M Mertes of Eau Claire; his Aunt Luella (Clarence) Dow, and many other aunts and uncles in the St. Paul and Glenwood City areas. His canine friend Charlie will not be forgotten as well.

For 35 years Al has had very many customers who many turned into friends immediately. His wrought iron railings, cemetery markers, benches, and anything he could imagine in his mind, were solidly built all by hand. Al, being an avid hunter and marksman held disabled hunts on the home farm for those hunters that could no longer walk into the woods, as well as many, many deer hunting trips to Scobey, Montana yearly. He was always Top Gun each year at the deer hunting season. He farmed with his father, and turned to his fabrication and welding occupation in 1986, which got him to be rewarded as a very successful artist.

Anderson Funeral Home, Glenwood City, will be handling the arrangements, with a visitation from Noon to 2:00 p.m on Sunday, November 3, 2019 with the Funeral Service being held at 2:00 p.m. All services are located at Holy Cross Lutheran Church, Glenwood City, WI.

We will all miss his many stories, and kind soul.