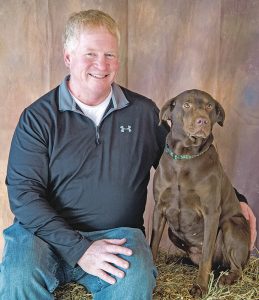 Kevin was born January 4, 1968, in New Richmond, WI to Richard Rodger and Sylvia Barbara (Scholl) Bonte. He graduated from Glenwood City High School in 1986. Kevin was a member of the  Glenwood City School Board, President of the FFA Alumni and organizer of the annual Glenwood City Tractor Pull for several years. His most favorite past time was camping, where he was often seen riding the trails on his UTV. He was a lifelong Green Bay Packer fan and his favorite jobs were bartending at several local taverns “Serving up smiles”. He was currently employed through Butterfield Well Drilling.

Kevin is preceded in death by his father Richard and maternal and paternal grandparents John and Irene Scholl, and Axel and Jenny Bonte.

Kevin is survived by his mother Sylvia Bonte. Sisters and brothers; Linda (Les) Schouten, Richard Bonte (Peg Heutmaker), Michael (Kelly) Bonte, Peg Bonte, and Wendy Bonte (Todd Birch). Kevin was blessed to have many nieces, nephews, and great nieces and nephews in his life. He was a friend to many and his favorite companion in the world was his beloved pet Molly.

A Mass of Christian burial will be held at 11:00 a.m. Saturday, October 12, 2019 at St. John the Baptist Catholic Church, in Glenwood City with Father John Long as celebrant. Burial will be in the church cemetery.