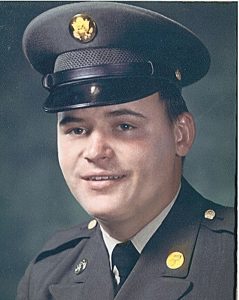 Ralph M. Schindler, 68, of Colfax, passed away August 16, 2019 at Mayo Clinic Health Systems in Eau Claire, WI, with his wife and family by his side.

Ralph was born Dec. 25, 1950, in Colfax, WI, the son of Leonard and Lorraine (Tiller) Schindler. He graduated from Colfax High School with the Class of 1968. Ralph enlisted in the U.S. Army, serving his country for 2 years in Vietnam. On July 7, 1973, Ralph married Anne Berge in Cooks Valley. Together they had 6 children. Ralph was a lifetime member of St. John the Baptist Catholic Church in Cooks Valley. He was a lifelong farmer, starting his own farm in 1972. Ralph was a jack of all trades. His passion was tractor pulling; participating in local pulls and taking part as a member of the NTPA. He was instrumental in starting the Red Cedar Pullers Association in Colfax where he served as president for about 7 years. He was well known for his charcoaled chicken, which started over in Vietnam, and his many trips to the casino.

He was preceded in death by his parents and in – laws, Alvin and Arlene Berge.

A memorial service will be held at 2:00 p.m. on Monday, August 26, 2019, at Sampson Funeral Home, 1017 E Railroad Ave, Colfax, WI, with David W. Olson officiating. Visitation will be held from 4:00 p.m. to 9:00 p.m. at Sampson Funeral Home and again one hour prior to the service at the funeral home. Military Honors conducted by American Legion Russell Toycen Post 131. Burial will take place at a later date.