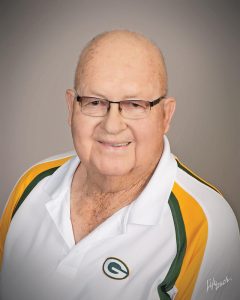 Thomas L. Thompson, age 79, passed away Saturday, June 15, 2019 at Colfax Health and Rehabilitation Center. He was born June 12, 1940 in Black River Falls to Rolf and Mabel (Severson) Thompson. He married Virginia Anderson on December 2, 1961 at Zion Lutheran Church in Sand Creek. Tom worked as a truck driver all of his life and loved the open road, putting on millions of miles during his career. He was a member of Chippewa County Rural Heritage Club, a huge NASCAR enthusiast and enjoyed spending time with his family and friends.

He was preceded in death by his parents:  Rolf and Mabel Thompson; son-in-law: Michael Valvo; brother-in-law: David Risser

Funeral services will be held on Tuesday, June 18, 2019 at 12:00 noon at Colfax Lutheran Church with a visitation from 10:00 a.m. until the time of service at the church. Interment will be in the Evergreen Cemetery.

Online condolences may be expressed at olsonfuneralhomebloomer.com