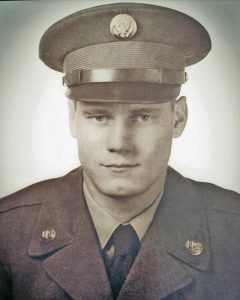 Kenneth (Ken) Dwayne Hintzman passed away peacefully surrounded by loved ones on Wednesday, May 29, 2019, at Hertiage Lakeside in Rice Lake, Wisconsin.

Ken was born August 4, 1934 in Dunn County to Tayfield and Ethel Hintzman. He was a Veteran and served in the United States Army from 1958-1960. Ken was united in marriage to Leann Mork on September 5, 1959, in Wheeler, and together they had six children.

Ken was a wonderful son, father, and grandfather. He had a passion for hunting and fishing and loved cheering on the Packers and the Brewers. He passed these passions onto his children and grandchildren.

He is preceded in death by his parents Tayfield and Ethel, siblings Donald Hintzman, Ruby and Charles Smith, and daughter Jena Anderson.

Please join the family in celebrating Ken’s life on Sunday, June 16th 2019 at Dunn County Fish and Game from 1pm to 5pm.

Ken’s family wishes to thank the nurses and other staff at Heritage Lakeside for the many years of care.