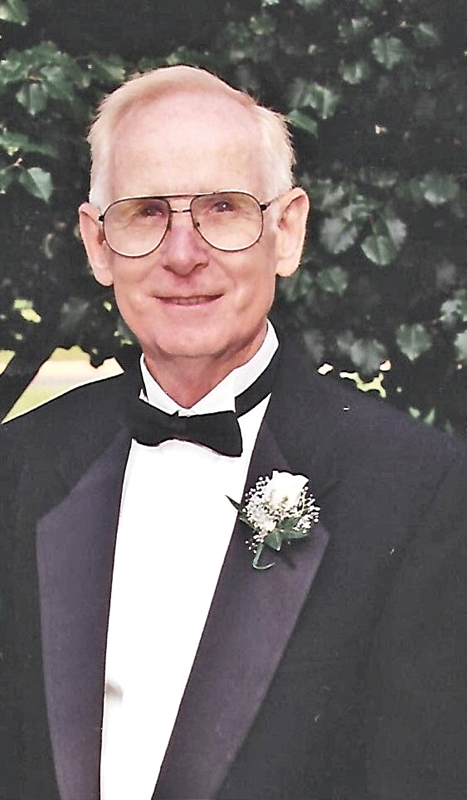 Bruce William Harris, of Rochester, passed away peacefully at St. Mary’s Hospital in Rochester, MN on Wednesday, May 29, 2019, surrounded by family.

Bruce was born October 24, 1929, and grew up in Waukesha, WI. He was the son of Mabel (Kilpatrick) and George Blain Harris. Bruce was the sixth out of nine children. After attending Barstow School from first through sixth grade, Bruce attended the Edison building until graduation in 1948.

Bruce enlisted in the U.S. Navy (Machinist Mate – Engineering). He served on the U.S.S. Wisconsin Battleship #64 from 1950-1954 during the Korean War. After returning home he attended college and worked multiple jobs until he married, Lois Josephine Schwartz, on August 4, 1956. They were married at St. John’s Catholic Church in Waukesha and enjoyed a 34 year journey together.

Bruce enjoyed gardening, bird watching, playing dominos, and cards. He loved to drive tractors and work in his gardens. He also enjoyed and adored time spent with his family, 4 brothers and 5 sisters, 5 sons and 2 daughters, 17 grandchildren and 9 great-grandchildren. He always had a story to tell, a tea party to attend and something in the garden to see and taste.

Bruce is preceded in death by his wife, Lois; brothers, George and Jim; sisters Jean and Edith.

Memorials can be made to a Bruce Harris scholarship fund for future graduates who are pursuing a career in the teaching profession with an emphasis in biology, chemistry, or math. Please send checks to the School District of Glenwood City, 850 Maple Street, Glenwood City, WI 54013.