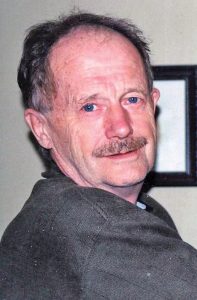 He was born August 27, 1947 in St. Paul, MN to Irvin and Mabel (Anacker) Moe. Gary was raised on the family farm in Glenwood City, WI where he learned the value of hard work and a love of farming. He graduated from Glenwood City High School in 1965.

Gary loved his family, enjoyed having bon fires with his friends and also had a certain sense of adventure, as was proved by his multiple skydiving experiences.

Gary dairy farmed on the family farm until 1991. He worked at AFP Foods until he retired in 2014.

He is preceded in death by his daughter Erin, parents Irvin and Mabel Moe, niece Julie Larson and her husband Dick.

Visitation was at the Anderson Funeral Home in Glenwood City on Monday, May 6 from 6 to 8 p.m.

Funeral Services were held at Holy Cross Lutheran Church in Glenwood City on Tuesday, May 7 at 11 a.m. with Pastor Jonathan Zielske officating. Interment will be at Glenwood City Cemetery.

The family is being assisted by Anderson Funeral Home in Glenwood City,WI.