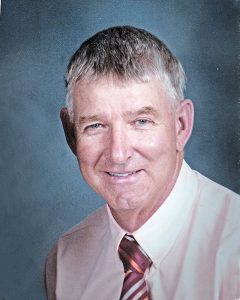 Robert (Bob) Dean Cleary, DVM, died peacefully at home with family by his side on Tuesday, April 2, 2019.

Bob was born on February 10, 1940 in Omaha, NE, to Martha Clara (Kaup) and Clement Matthew Cleary. He grew up in Atkinson, NE, spending much of his youth exploring his grandfather’s farm. It was there that Bob discovered his life’s pursuit of veterinary medicine while helping with a farrowing sow at age 8. He later moved with his family to Sleepy Eye, MN, graduating from St. Mary’s High School in 1958. He attended the University of Minnesota’s College of Veterinary Medicine, joining the university’s agricultural fraternity, Alpha Gamma Rho. He received his Doctor of Veterinary Medicine degree in 1964.  It was at the UM that he also met the love of his life, Catherine Nierengarten (Kitz).

Bob served as Captain in the US Army Veterinary Corps from 1964 to 1966 based at Fort Dix, NJ, caring for military dogs and overseeing food safety for troops serving in Vietnam. During his tenure in the Army, he wed Kitz in an October 1964 ceremony in New Ulm, MN and welcomed his first child (Michele) the following summer.

Following his military service, Bob briefly practiced veterinary medicine in Eden, WI, where he welcomed his second child (Matt). The family soon relocated to Menomonie, WI where he lived for the rest of his life. Bob helped establish the Hoof and Paw Clinic there. While attending the needs of both large and companion animals, he treasured most highly his work with the dairy community, viewing his dairy farmer clients with deep warmth and respect. During his three decades working in veterinary medicine, Bob was an active member of the American Veterinary Medicine Association, the Wisconsin Veterinary Medicine Association, and the Bovine Practitioners Association. He also served as both president and secretary of the Northwestern Wisconsin Veterinary Medical Association.

Injuries forced Bob to leave active veterinary practice in 1999, but he continued to apply his professional expertise to volunteer veterinary endeavors around the globe throughout the early 2000s. In 2000, he served in the US Peace Corps as an animal production specialist in the mountainous regions of Cajabamba, Ecuador. Between 2001 and 2002, he worked as a volunteer agent of the USDA assisting the Royal College of Veterinary Surgeons to combat a foot-and-mouth outbreak in England. He later acted as a USDA agent in California, combatting an avian flu outbreak. And finally, assisted the AVMA providing veterinary services to farmers in rural Nicaragua.

In time, his volunteer work expanded beyond veterinary medicine and included a mission to Chiapas, Mexico for the United Church of Christ, where he lent his muscle to a building project for the indigenous community and a mission to Guatemala for Farmer-to-Farmer to help a village rebuild its school following a devasting landslide. He also helped countless hurricane survivors with the American Red Cross in Texas in 2005 following Hurricane Katrina and in Florida in 2004 following Hurricanes Charlie, Ivan, and Frances.

He continued his commitment to volunteer services back home, working as an AARP tax preparation volunteer, a Literacy Volunteers GED math tutor at the Dunn County Jail, 2010 US Census worker, and as a member of Menomonie’s Veteran’s Honor Guard. He also acted as a Spanish interpreter for dairy farmers across Dunn county, providing both farmers and their Spanish-speaking help critical language support, helping to train incoming Hispanic farm workers in dairy farm operations.

He served on the boards of numerous organizations, including the Dunn County Electric Cooperative, Stepping Stones of Dunn County, the American Cancer Society, the American Heart Association, and the Menomonie Chamber of Commerce. And as a member of the 1st Congregational United Church of Christ in Menomonie, he served as Property Deacon, as well as giving years of service to the church’s community hunger initiative as a Thursday’s Table volunteer.

A celebration of his vibrant life will be held at Menomonie United Church of Christ on Friday, May 10, at 2:00 PM, with visitation one hour prior to the service, and a gathering following within the church’s Fellowship Hall.

The family wishes to convey their deep gratitude to the Mayo Clinic Health System Hospice for their compassionate and responsive care. And a thank you to Riehl Funeral Home in Menomonie, WI for final arrangements.

Finally, the family asks that Bob’s work be continued through memorials to the Farmer-to-Farmer program, the Dunn County Humane Society, Stepping Stones of Dunn County, or the First Congregational Church in Menomonie, WI.