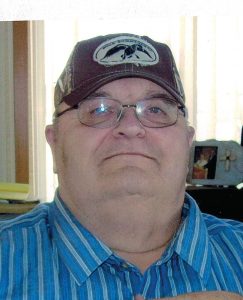 He was born February 18, 1944, in the Town of Howard, the son of Harry & Frances (Sikora) Eder. He graduated in 1962 from Colfax High School. He was united in marriage to Ethel Dorow in 2001, at Messiah Lutheran Church in Eau Claire.

Joseph farmed all his life in partnership with his brother Dennis Eder. He spent many hours on his ATV or in his pickup truck taking watch of their farm land. He liked to watch NASCAR, and his favorite driver Tony Stewart.

He collected toy tractors, enjoyed attending auctions and looked forward to any opportunity to socialize in the community. Every Saturday evening you would find him watching Mollie B Polka Party.

He is survived by his wife, Ethel and her children: Bill (Becky) Dorow of Rochester, MN and Cindy (Brian) Lovely of Sun Prairie, WI, along with three grandchildren: Matthew Lovely, Will Dorow III, and Kaytlin Lovely.

Joseph was preceded in death by his parents Harry & Frances and his brother David.

Special thanks to Philip Schindler and Pat Morning for calling Joe every day to check in and keep up with the local news. Also, to his brother, Butch for always being there as his number one supporter.

In lieu of flowers memorials may be given to the Sojourner House in Eau Claire.

Online condolences can be expressed at www.thompsonfuneralhome.com.