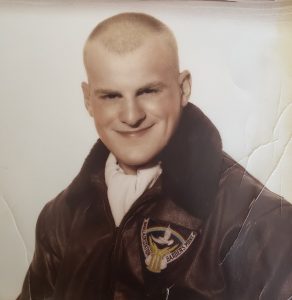 Gary enlisted in the United States Navy right after High School where he got his electrical engineer degree. He was then honorably discharged from the Navy and started working at Universal Studios, Hollywood, California. He always said his favorite show he worked on was The Red Skeleton Comedy Hour.

After his time at Universal Studios, he moved to Madison to start work at the Radisson Hotel.  He installed much of their computer network and other electrical upgrades.  The Radisson is where he met his wife, Guadalupe. They married on August 16, 1997 in Madison, WI.

Gary had a number of hobbies including taking things apart and trying to fix them. His love for building model trains came from growing up next to the railroad tracks in Colfax where his father was a conductor for the Chicago Northwestern Railway. He loved shopping at Sears, Radio Shack and Hobby Lobby for new pieces, parts and tools to build his model trains and boats.

Gary loved taking walks with his wife right next to him. He also enjoyed watching the History Channel, and he loved making people laugh.

Gary is survived by his wife, Guadalupe (Osorio Melendes) and his step-son, Juan Jimenez. He is further survived by brothers-in-law, Don (Inez) Sipple, Menomonie, WI, and Ralph (Barbara) Olson, Frazee, MN. He is also survived by many nieces, nephews, cousins and friends.

He is preceded in death by his parents; sisters, Inez (Don) Sipple and Barbara (Ralph) Olson; nephew, Nathan Olson; and stepson and step daughters.

A funeral service was held on Friday, March 22, 2019 at CRESS FUNERAL AND CREMATION SERVICE, 3610 SPEEDWAY RD at 2:00 p.m. A visitation began at 12:00 pm (noon) until the time of service. A luncheon followed the service in the funeral home community room.

A burial and memorial service will take place in the spring at Evergreen Cemetery in Colfax, WI. Where he will be laid to rest next to his parents and grandparents.