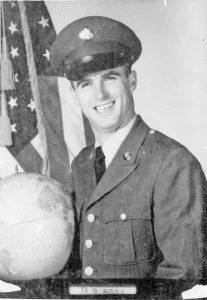 Kenneth McIntyre passed away on February 1, 2019 at his home in Turtle Lake having reached the age of 76 years old.

Kenneth was born on November 9, 1942 in Baldwin, WI to Wilmer and Anne McIntyre.

He attended school in Emerald and later graduated from Glenwood City High School in 1960. He joined the U.S. Army in 1964 and served two tours.

He make a career of bartending at several establishments and owning his own tavern. He enjoyed horses, golfing, and fishing.

Kenny (Butch)(Mac) is survived by his sons; Tim and Mike McIntyre of St. Paul; daughter Lori Holldorf of Wilson; Grandchildren; sister Marlene Goossens of New Richmond, five nieces. Many other friends and relatives.

Private family burial to be held at a later date at the Greenwood Cemetery in Emerald, WI.