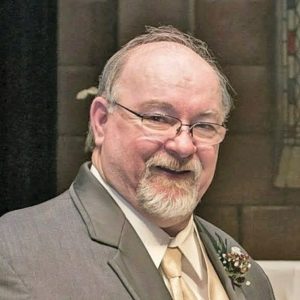 He was born in Eau Claire, WI, on October 31, 1953, son of the late Jerry and Audrey (Walker) Peterson. Bill attended Colfax High School and graduated in 1971. He retired from ConAgra (Swiss Miss) where he worked many years as a Laboratory Technician. Bill was as big a Green Bay Packers fan as they come. The other great love of his life was his daughter, Kathy, and his grandson, Benson. He also enjoyed music, old cars and trucks, camping, the Red Cedar Racetrack and especially cruising around and listening to his music. He also enjoyed attending tractor pulls and snowmobiling in his earlier years. He loved grilling and family get-togethers. Bill was known for his quick wit and sense of humor. You could always count on him to put a smile on your face.

Bill was preceded in death by his parents, Jerry Peterson and Audrey Kippenhan; brothers, Larry “Pete” Peterson and Robert Peterson.

A Funeral Service will be held at 6:00 PM on Friday, February 8, 2019, at Sampson Funeral Home, 1017 E. Railroad Ave, Colfax, with Pastor Leslie Walck officiating. Visitation will be held from 3:00 PM until the time of service at the funeral home.