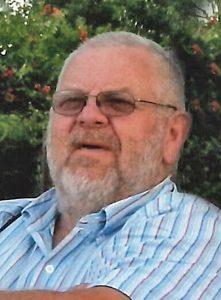 He was born in Eau Claire on September 23, 1946 to Garfield and Lorraine (Blodgett) Kragness. He lived in Otter Creek, Dunn County, until he was 18 months old before moving to their farm in the Town of Wheaton. He was baptized and confirmed at Colfax Lutheran Church. Dale went to Sunny Valley School and was a member of the last 8th grade class to graduate from this one room schoolhouse. He graduated from Chippewa Falls High School with the Class of 1964. Dale attended UW-Madison for their Farm Industry Short Course.

As a youngster, Dale was a member of 4-H and FFA. His grandchildren are the third generation 4-H and FFA members.

Dale’s first date with, his future wife, Jane L. Knudtson, was a triple date to the Eleva Broiler Festival. They were married on October 5, 1968 at Our Savior’s Lutheran Church in Whitehall. They celebrated their 50th Anniversary with family on Lake Holcombe.

Dale was one of the first volunteers for the Chippewa Fire Protection District, Wheaton Station 2. He was also the treasurer for the station during his time with them, retiring after 20 years. Dale served on the Wheaton Town Board as a supervisor for 10 plus years.

In 1999, after deciding to no longer milk cows, he continued to farm. Dale attended CVTC for truck driving. He drove truck for Monson Trucking, then was a owner-operator until he retired. He then went to work for Five Star Dairy, driving silage and manure trucks.

Dale is survived by his wife, Jane; son, Ron; daughters, Rochelle (Todd) Pytlik and Renee (Craig) Berthiaume; grandchildren, Rhett, Haley and Bryce Kragness; and one great-grandchild due to arrive in the spring; brothers, Gerald (Diane) and James (Elaine “Tootie”); sister, Grace Kragness; Japanese host-daughters, Kaori and Mai Mita; and canine companion, Betsy. He is also survived by many nieces, nephews, other family and friends.

He was preceded in death by his parents; parents-in-law, Milton and Fern Knudtson; and godson, Daniel Kragness.

The family wishes to thank the First Responders and Paramedics from the Chippewa Fire District.

Memorial Services were held at 11 a.m. on Friday, February 1, 2019 at Big Elk Creek Lutheran Church, 6118 County Highway M, Elk Mound, with Pastor Hal Schroetter officiating. Visitation was held from 4 to 8 p.m. on Thursday, January 31, 2019, at the WEST CHAPEL location of Lenmark-Gomsrud-Linn Funeral Home, 1405 N. Clairemont Ave. in Eau Claire and again one hour prior to the service, Friday at the church.