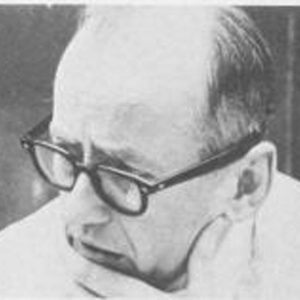 Victor Bernard Schramske was born on August 7, 1925, and grew up in Boyceville, WI. He passed away of natural causes at the Park View Care Center in Buffalo, MN on December 28, 2018.

Victor was the only child of Bernard and Kathryn Schramske. They were members of Saint John the Baptist Catholic Church in Glenwood City, WI, where he was baptized and confirmed.

After high school, Victor joined the United States Marine Corps. As a marine, he served during the last years of WWII in the south Pacific islands. There, he was a medic serving wounded soldiers on the front lines while fighting the Japanese. He swore that only a miracle saved his life. With thanks for his survival, he was a devoutly religious man all his life.

After completing his military service, Victor studied pharmacy at South Dakota State University in Brookings, and for a time worked as a pharmacy technician at the Mayo Clinic in Rochester, MN. As a strong advocate of natural healing, he ultimately attended the University of Minnesota and received his Doctorate in Osteopathic Medicine. He then resided in Minneapolis and for his career chose the teaching profession. Over the years he taught at both the Northwestern College of Chiropractic, and at Normandale Junior College, both in Bloomington, MN.

Socially he was a member of the Germanic-American Institute headquartered in St. Paul. There he enjoyed making friends with former German soldiers who were on the opposite side during WWII. He was also a member of the Catholic Alumni Club, a social group of Catholic college graduates. He was much appreciated by his fellow members for both his friendship and his delightful dry sense of humor. He was a generous man and also an intellectual with broad interests in many fields, always an interesting person to converse with.

After living in Minneapolis most of his adult life, Victor lived his final years first at St. Benedict’s Senior Community in Monticello, and then the Park View Care Center in Buffalo. He is survived by his first cousins and their families which include Brian Doyle of Albertville, MN; Lorelei Sharbono in Menomonie, WI; and many friends.

Victor’s Mass of Christian Burial will be held at the Church of Saint Henry in Monticello, MN on Saturday, January 26th at 1:30 p.m. with visitation beginning at 12:30 p.m. Burial will be at a later date at St. John the Baptist Catholic Cemetery in Glenwood City, WI.