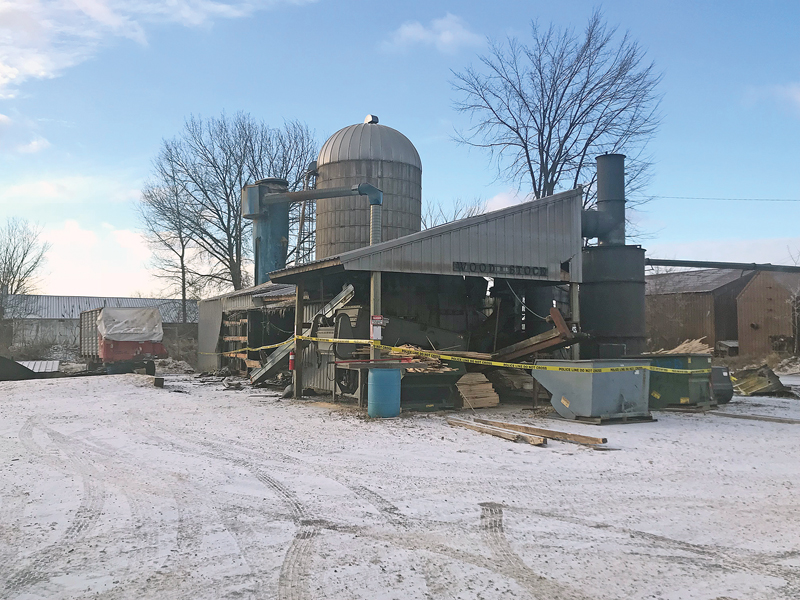 COLFAX — A sawdust drying facility at Woods Run Forest Products in Colfax was total loss after it caught on fire the evening of January 16.

Colfax firefighters responded to the fire in the 30-foot by 50-foot building at about 7 p.m. Wednesday evening, January 16, he said.

Firefighters were on the scene until 10 p.m., Logslett said.

The Colfax firefighters were holding a training meeting that evening, so everybody was already at the fire hall, he noted.

The cause of the fire is still under investigation, Logslett said.