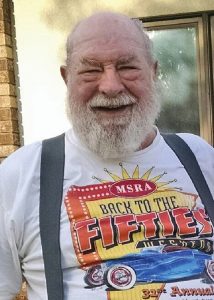 Anthony John Curvello, 83 of Downing WI, passed away Monday Jan.7, 2019, at The Neighbors of Dunn County in Menomonie after a brief & courageous battle with metastatic colon cancer.

Anthony was born April 24, 1935, in Rhinebeck New York. He was the son of Lawrence and Amelia (Pulcher) Curvello.  Anthony proudly served his country in the U.S. Army where he served during the Korean Conflict until his time of honorable discharge.

Anthony met and married his wife, Sandra Whitehead, in 1974 and together they raised seven children. During those 44 years of marriage, they loved & enjoyed caring for and spending time with their 17 grandchildren and 11 great grandchildren.  They loved to travel to numerous places in the country and around the world.

Anthony enjoyed a wonderful career as a truck driver for 66 years, beginning as a teenager hauling fruit with his Grandfather.  Later he worked for USF Holland where he was employed for many years.  Anthony finished his career working for his son at Curvos Trucking.

Anthony was preceded in death by his parents; son, Robert; and great grandson, Dakota Lain.

The family would like to express sincere thanks to the staff of The Neighbors of Dunn County and Mayo Hospice for their loving care & support.

Memorial Mass of Christian Burial will be held at 11 a.m. Saturday, January 19, 2019, at St. Luke’s Catholic Church in Boyceville, WI.  Visitation will be one hour prior to the service at church.  Burial will be private at a later date in New Richmond, WI.