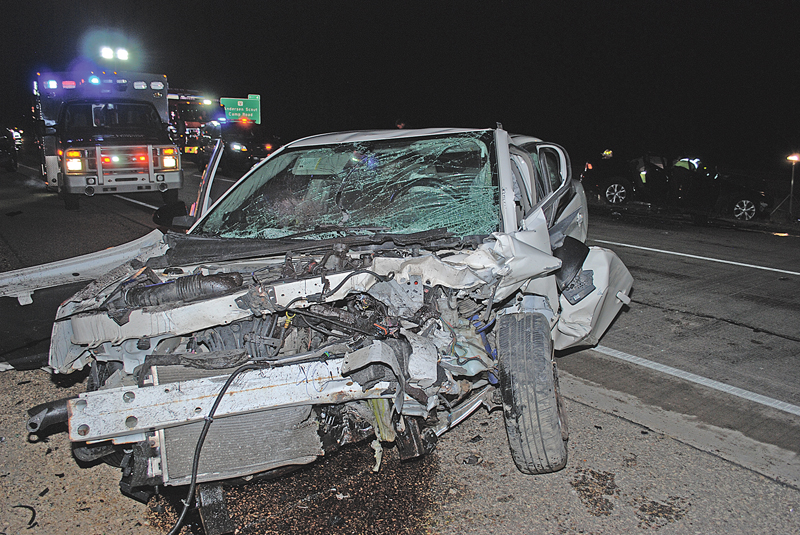 FATAL COLLISION — 21-year-old Stefanie Biedler of Somerset died when the Chevrolet Malibu she was driving, pictured above, collided head-on with a Ford Fusion driven by Christina M. Wiederin, also of Somerset, on State Highway 35/64 near the Village of Somerset shortly after 11 p.m. on Friday, December 21. Biedler was pronounced dead at the scene while Wiederin was transported to Regions in St. Paul, MN with unspecified injuries. —photo by St. Croix County Sheriff’s Office

A twenty-one year old Somerset woman died as the result of a two-vehicle accident in the township of Somerset on Friday, December 21st.

According to information from the St. Croix County Sheriff’s Department stated that they began receiving 911 calls at about 11:11 p.m. reporting a wrong-way driver going westbound on STH 35/64, in the eastbound lanes near the Village of Somerset.

Investigation and witness statements, and evidence at the scene gathered by the Sheriff’s Department indicated that a 2007 Chevrolet Malibu, driven by Stefanie S. Biedler, 21 from Somerset, was eastbound on STH 35/64. A 2012 Ford Fusion that was being driven by Christina M. Wiederin, 31 of Somerset, was westbound in the eastbound lanes of that highway. The vehicles collided head-on in the eastbound lanes. The Chevrolet Malibu came to rest on the south shoulder of STH 35/64 while the Ford Fusion came to rest in the median of the highway. 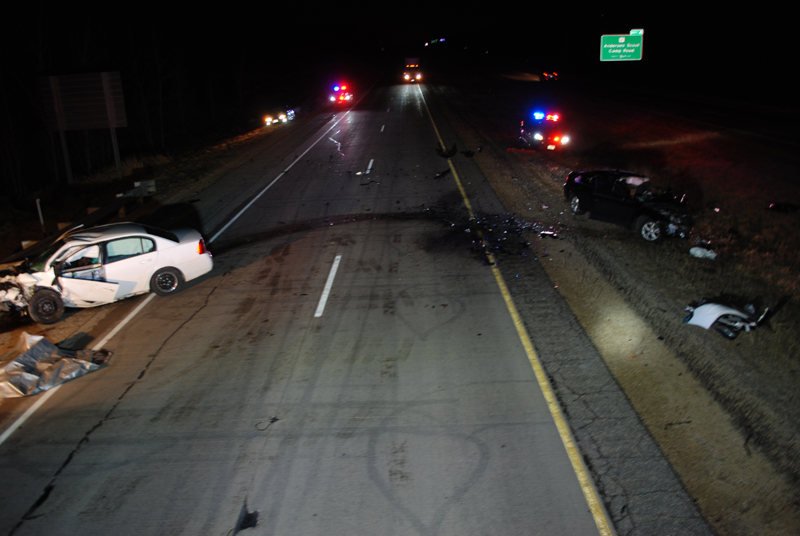 CRASH SCENE — A collision late Friday night, December 21 on Highway 35/64 in the Town of Somerset took the life of a 21-year-old Somerset woman. —photo by the St. Croix County Sheriff’s Office

The St. Croix County Medical Examiner’s Office pronounced Biedler, who was not wearing a seatbelt, dead at the scene of the crash.

Wiederin, who was wearing a seatbelt, was transported to Regions Hospital in St. Paul by EMS.

Statements made to deputies and evidence on the scene indicate alcohol may be a possible factor in the accident.

Highway 35/64 was closed for approximately four hours while deputies investigated the crash.