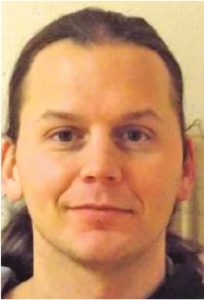 According to information from the Dunn County Sheriff’s Office a convicted sex offender, Jamie L. Stephenson will be released to the community.

Stephenson was committed under the Chapter 980 Sexually Violent Person Law on June 15, 2012. In November of 2017, the court ordered a Supervised Release Plan be developed for Stephenson.

On December 12, 2018, a hearing was held and the Court approved the release plan. On December 20, 2018, Jamie Stephenson will be released to the community on Supervised Release. He will be residing at N11311 570th Street, Wheeler, Wisconsin.

The notification is not intended to increase fear; rather, it is the Dunn County Sheriff’s Office belief that an informed public is a safer public.

Upon release, Stephenson will be placed on Intensive Supervision, and will be subject to the Global Positioning System (GPS). He will be required to register with the Wisconsin Sex Offender Registry Program for life.

Sex Offenders have always lived in our communities; but it was not until the state Sex Offender Registry and Community Notification Law was enacted that law enforcement was able to share this information with the community. The Dunn County Sheriff’s Office wants to remind everyone that abuse of this information to threaten, intimidate, or harass registered sex offenders will not be tolerated.