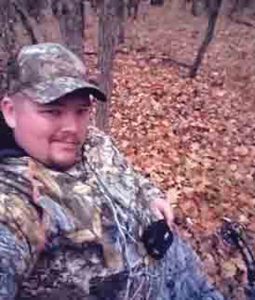 He was born on April 20, 1987 to Von and Kathie (Rivard) Lyons. He graduated from St. Croix Central High school in 2006. As a teen he worked at A&W which is where he met the love of his life Theresa. They married on August 23, 2008, and had two beautiful children, Cheyenne (7) and Maverick (2). Jake went on to become a machinist at Waterous Company Inc. in South St. Paul, MN.

Jacob was a very loyal man who always made sure everyone he loved was looked after and taken care of. He could fix just about anything because of his strong will and determination, never giving up until he found a solution. As a child he was his dad’s constant companion and learned much of the world of mechanics, fixing, and what makes things work.  He was always ready with the flashlight.

Family meant everything to Jacob. He never missed an opportunity to be with his kids, whether it be reading Tom Sawyer to Cheyenne every night or playing with Maverick and his toys. Jacob leaves behind a legacy of love that will forever be in the hearts of his family.

Jake lived for the outdoors and was an avid hunter and fisherman, even making his own ice fishing rods. He spent much of his time with his best friend Ben at the cabin and never felt freer than he did when he was in the woods.

Jacob is preceded in death by his sister Danielle Lyons, grandparents, and good friend Kyle Forsythe.

A memorial service for Jacob was held at 11 a.m. on Wednesday, November 14, 2018 with a one-hour visitation prior to the service at O’Connell Funeral Home in Hudson Wisconsin. Memorials preferred to the discretion of the family.