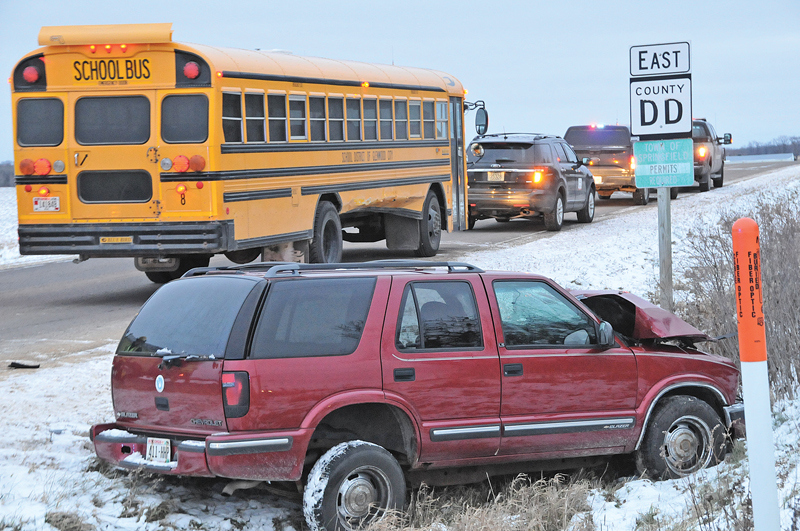 MINOR INJURIES were reported when a Glenwood City School Bus and a Chevy Blazer collided at the intersection of County Highways D and DD Monday afternoon, November 12 around 4:10 p.m. in the Town of Springfield. According to the St. Croix County Sheriff”s Office which investigated the accident, the school bus, which was being driven by Bob Darwin of Glenwood City, was eastbound on County Road DD and had stopped for a stop sign at the intersection with County Road D. According to the report, Darwin then proceeded into the intersection and was struck on the right side by a northbound 1998 Chevy Blazer being driven by Gregory Olson of Woodville. The Olson vehicle came to rest in the southeast ditch corner of CTH D and DD. Olson, who had to be extricated from his vehicle by Glenwood City Firefighters, received minor injuires but refused medical attention and transport. Neither Darwin nor any students that were on the bus at the time of the incident were injured. The St. Croix County Sheriff’s Office is still investigating and may issue citations at a later date. —photo by Carlton DeWitt