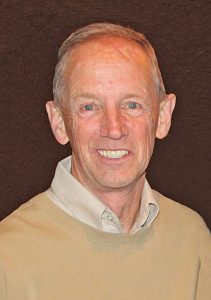 Gary Harlan Kraemer, son of Kenneth and Doris (Lindsteadt) Kraemer, was born on August 26, 1950 in Wakefield, NE. At the age of five, Gary’s family moved to Colfax, WI and lived on a dairy farm. He helped milk the cows twice a day. He was a 1968 graduate of Colfax High School. After high school, Gary worked at the Army Arsenal Plant in Minneapolis, MN before moving to Webster City, IA in 1969. He was employed at Franklin Manufacturing (later known as Frigidaire). Gary married Kay Terwilliger on June 30, 1973 in Humboldt, IA. The couple later divorced but remained friends. A few years later he joined the family business, Kraemer Feed Service. Gary purchased the business from his father Kenneth upon his retirement in 1982. Gary sold feed, seed and livestock equipment to farmers throughout the state of Iowa. Kraemer Feed Service was a place to shoot the breeze, enjoy a cup of coffee in the morning or a beer after hours. After 20 years, Gary closed Kraemer Feed Service and worked as a sales manager for Webster City RV. He spent his last years happily retired.

Gary was preceded in death by his parents.

In his early adult years, Gary played and sponsored a men’s slow pitch softball team. He served on the Board of the Hamilton County Fairgrounds and looked forward to supporting the livestock sale. The highlight of his summers was being with his daughters, showing hogs and horses at state and county fairs. Gary belonged to the Iowa Quarter Horse Association, Hamilton County Saddle Club, Pheasants Forever and Ducks Unlimited.

Gary’s passion for the Iowa Hawkeyes ran deep from collecting memorabilia to attending games and painting his house black and gold. He was also a fan of the Green Bay Packers. Each year he looked forward to camping at the Iowa State Fair with his children and grandchildren. This tradition will be carried on by his family in his memory.

Gary was blessed with an abundance of friends. Everywhere he went someone knew him. Gary had a heart of gold and was incredibly generous. His humor, charm and thoughtfulness will be greatly missed by all who knew him.

His two daughters and five grandchildren were the loves of his life.

In lieu of flowers, memorials may be directed to the Iowa State Fair Blue Ribbon Foundation.

Online condolences may be expressed at www.fosterfuneralandcremation.com