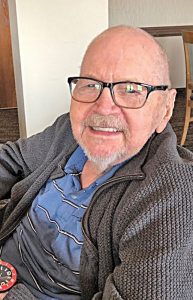 Richard Paul Hoyland, 87, passed away on September 8th at the Kenwood Retirement Community in Minneapolis.

He was preceded in death by his parents, Dora and Martin Hoyland of Colfax, WI. He graduated from the University of Wisconsin in Business Administration and served with the U.S. Army Signal Corp. in Korea. He worked for various financial institutions such as National City Bank and Marshall & Ilsley as VP of Investments in the Trust Department. Private arrangements have been made. Interment at Popple Creek Cemetery in Colfax, WI.