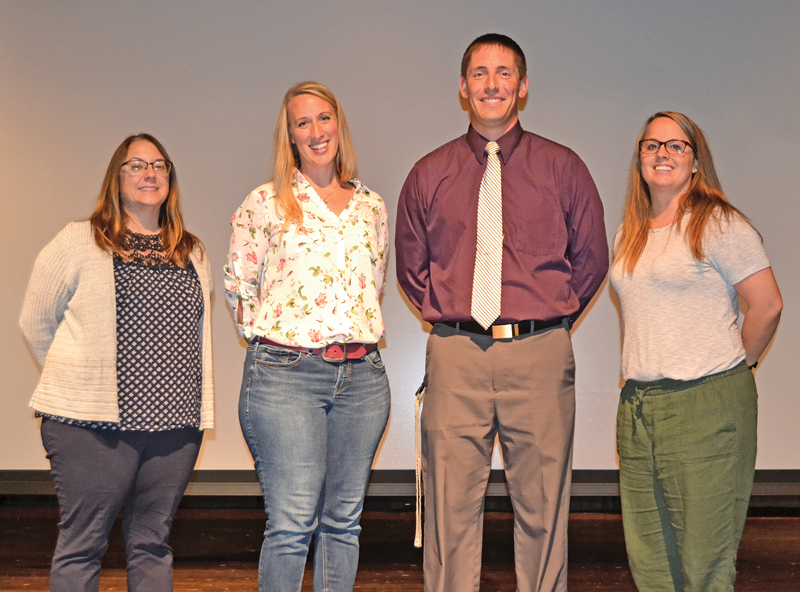 BOYCEVILLE  —  Three new teachers will be working in the Boyceville school district when school starts September 4.

Jackie Giedd will be serving as a special education teacher at Boyceville Middle School.

Giedd will be earning a Master of Science degree in Education with an emphasis on human resources training and development in December from UW-Stout.

She earned a Bachelor of Science degree in vocational rehabilitation and special education from UW-Stout in 2004.

Prior to accepting the position in Boyceville, Giedd served as the high school work experience coordinator and a case manager for special education at Rice Lake High School beginning in August of 2017.

From 2013 to 2017, she served as the middle school and high school transition coordinator at River Falls High School.

From 2004 to 2012, she served as the high school cognitive disabilities teacher at Algoma High School.

Lane is a 2005 graduate of Pepin High School and graduated from Viterbo University in 2010 with a double major in marketing and management emphasis on sports management.

Prior to accepting the position in Boyceville, Lane was a teacher and the athletic director at Pepin High School for six years.

“My husband and I moved to Eau Claire, and I was looking for a position a little closer but still wanted the rural and small school. I graduated from a small school and love small school opportunities and relationships. I am proud to be a Bulldog,” Lane said.

She graduated from Menomonie High School in 2004 and earned a degree in art from UW-River Falls in 2009.

In 2011, Steinkraus earned an art education degree from UW-Stout.

Steinkraus taught middle school and high school art in the Flambeau School District in Tony for two years, and she taught elementary art for four years in Menomonie for the Menomonie school district.