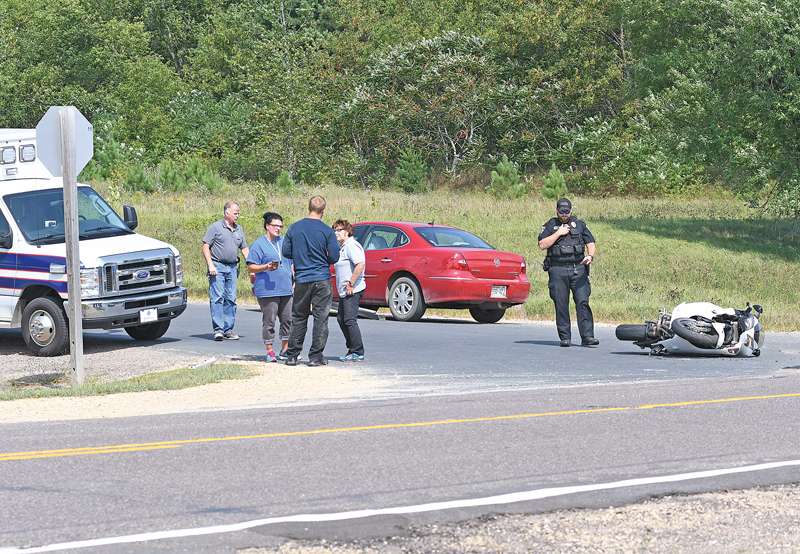 NO SERIOUS INJURIES were reported when a motorcyclist struck a car last Thursday afternoon, August 23 at the intersection State Road 170 and Misty Lane. On the left side of the picture above, Glenwood City EMTS are shown evaluating the motorcylist Robert Nyland of Eau Claire. Nyland tried to pass a vehicle driven by Junalee Hogenson of Glenwood City as she signaled to make a left turn on to Misty Lane. Medical evaluation of both Nyland and Hogenson were made and both were released from the scene. —photo by Shawn DeWitt

GLENWOOD CITY — An Eau Claire man escaped serious injury when the motorcycle he was driving collided with the side of a car last Thursday afternoon in the City of Glenwood City.

The driver of the motorcycle,  Robert Nyland, 26, received minor injuries when he struck the left side of a vehicle driven by Junalee Hogenson, 74 of Glenwood City, as she attempted to make a left turn. The accident happened around 2:25 p.m. August 23 at the intersection of State Road 79 and Misty Lane just a half mile west of the city limits and next to the Glenwood City High School parking lot entrance.

Both Nyland and Hogenson were evaluated at the scene by EMTs with the Glenwood City Ambulance before being released without transport.

According to the Glenwood City Police Department report, Hogenson was driving a Buick sedan eastbound on State Road 170 and had signaled to make a left turn onto Misty Lane when Nyland attempted to pass the Hogenson vehicle on the left side causing him to hit the vehicle and be thrown from his motorcycle.

Nyland was able to get to his feet shortly after the accident and was standing when medical personnel and law enforcement arrived on the scene. He admitted fault telling officers that the Hogenson vehicle had signaled to make a left turn but that he could not avoid the crash.

Nyland was cited for passing while a vehicle indicated a left turn. 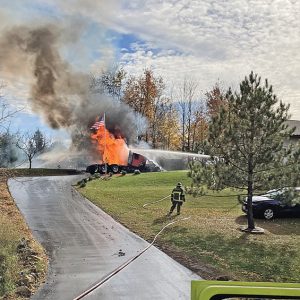 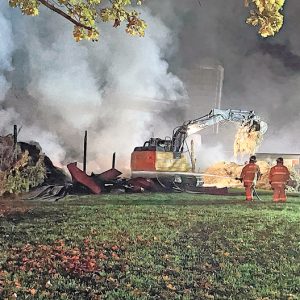