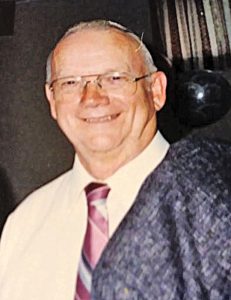 John was born in Elk Mound, WI, on August 9, 1926, the son of John and Amanda “Fia” (Lindquist) Jenson. He attended Oak Hill School House and later graduated from Colfax High School with the Class of 1944. John served in the U.S. Army from September 1950 until his honorable discharge in December 1950. He then worked at National Presto Industries in January of 1952, where he met his wife and love of his life. John married Marion J. Eisner on November 29, 1952, in Eau Claire. In 1957 he started his career at Northern States Power Company, eventually retiring in 1984 after 27 years with the company. John was a member of Grace Lutheran Church. He was devoted to God and serving Jesus. He was also a member of the IBEW (International Brotherhood of Electrical Workers). John was kind and generous to everyone he met.

Funeral services will be held at 11:00 a.m. on Thursday, August 30, 2018, at the WEST CHAPEL of Lenmark-Gomsrud-Linn Funeral Home, 1405 N. Clairemont Ave, Eau Claire, with Rev. David Irgens officiating. Visitation will be from 10:00 a.m. until the time of the service at the funeral home. Burial will be at Lakeview Cemetery, Eau Claire, with Military Honors conducted by American Legion Post 53.