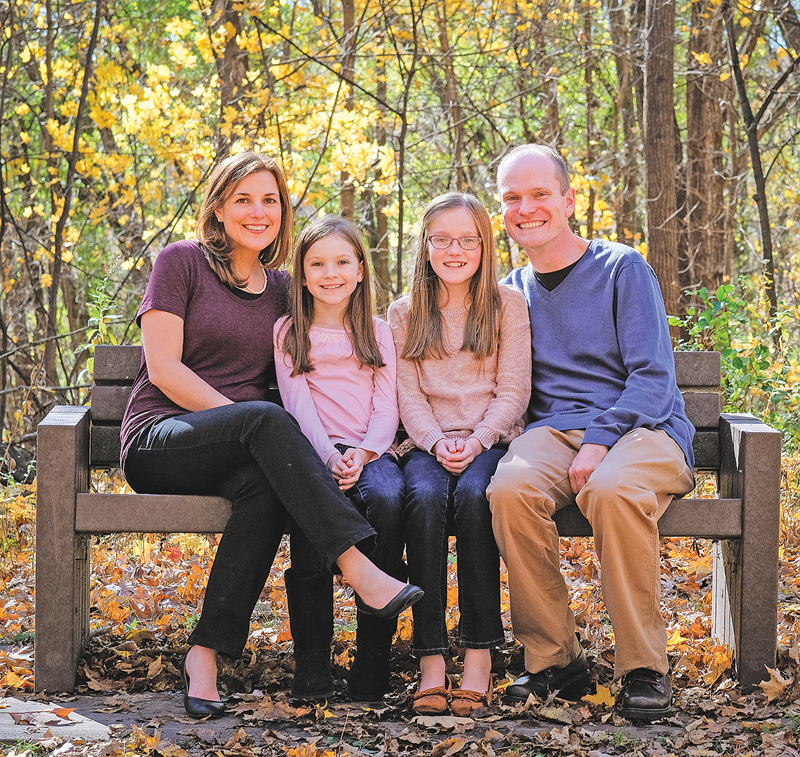 MINISTER OF MUSIC — James Anderson is the Minister of Music at Grace Baptist Church of Boyceville. He and his wife, Marisa, have been married 17 years, and they have two daughters, Noelle and Karina. —photo submitted

BOYCEVILLE  —  Grace Baptist Church of Boyceville has brought on James Anderson as the church’s Minister of Music.

Anderson grew up in the Chicago area. He earned an undergraduate degree from Faith Baptist Bible College in Ankeny, Iowa, in sacred music and a master’s of music from the University of Minnesota in choral conducting.

Anderson currently is a student at Central Baptist Theological Seminary in Plymouth, Minnesota.

He previously served as the church music director and assistant pastor at Bible Baptist in Otsego, Minnesota, and was ordained by Bible Baptist.

Anderson has been married to his wife, Marisa, for 17 years. They met in Bible college, and they have two children, Noelle and Karina.

His musical interests include piano, voice, choral conducting and composition.

In his free time, Anderson enjoys reading, hiking, camping and spending time with his family.

20th Annual Boyceville Spirit of Christmas is this Saturday